The answer to this question once seemed like a no-brainer. During the years of the postwar boom, college was sold as a kind of normal stage of life for young Americans, and attaining a degree from a public university was a sure way toward a higher salary. It was often quite affordable as well, thanks to things like Pell Grants and a greater amount of public funding. Those days seem far away now.
In absolute terms, they are far away. It was, in fact, only the great economic impetus of the postwar boom that created the conditions for an opening up of the universities to the children of the working class. The state employed the GI bill, along with other legislation, in its attempts to cut across the massive labor struggles of the 30s and 40s—particularly in 1946 when the United States experienced the largest strike wave in its history, which began with mutinous conditions in the military toward the end of and immediately after World War II. 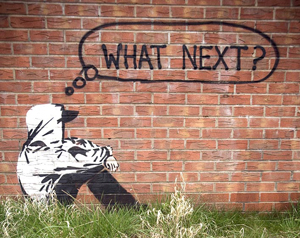 Forty years ago, for instance, states provided public universities with three-quarters of their budgets. In 2012, this amount has been whittled down to a quarter, and often less; the University of Virginia now receives a paltry 6%. This has been a major factor in pushing up tuition costs and fees. There are other effects, such as the overcrowded classes taught by part-time professors who are paid appalling salaries. Conceived to provide easier access to higher education to those who would have been unable to afford it otherwise, Pell Grants once paid for nearly 80% of a four-year degree at a public institution. The Pell now pays for less than a third of the cost.

According to Bloomberg, college tuition and fees have increased an incredible 1,120% since records began in 1978. Wages for college graduates have risen just 9% in the same period. However, due to high unemployment, as well as the effects of the increasingly high cost of living, the Economic Policy Institute has calculated that real wages for graduates have actually fallen by 5.4% since 2000.

Thus, the gnawing doubt as to whether or not the time and money spent pursuing a degree are worth the trouble has a material basis. According to the New York Times, only half of the jobs landed by graduates in recent years have even required a degree! This highlights the dynamic of employers filling positions that were previously filled by those without degrees, with college graduates. Workers who did not attend college are being displaced by young college graduates desperate to begin paying off their student debts. Both sectors of the working class are losing out and are being set against each other by the winners in this setup: the bosses. These jobs, once filled with graduates, do not come with increased pay or benefits. The capitalists will undoubtedly continue this trend by taking advantage of the employment and debt crisis facing graduates, as well as the employment crisis facing American youth generally.

Of course, the real wages of those without a college degree have declined 11%. Youth unemployment tends to be about twice that of the general adult population, which means that during the crisis, their employment has decreased twice as rapidly. No wonder so many youth want to “ride out” the unemployment storm by going to college, in the desperate hope that things will somehow be better on the other side, even if that means going even deeper into debt.

Despite the triumphant cries of the global representatives of the bourgeoisie after every periodic rise in the market or decision to restructure repayment of sovereign debts, the capitalist crisis shows no sign of ending anytime soon. Add to this the politicians in the U.S. who are gearing up to discuss how much they will cut in social services in the coming years, and the likelihood of more funding for public universities and student aid seems fairly slim. Even in the years before the “Great Recession,” the trend was towards a monstrous growth in tuition and fees that far outpaced inflation and wages. The same trends have devalued aid packages, and the need to borrow more and more has an especially devastating effect on the families of students who are already facing a myriad of financial woes.

Workers are told that sacrifices must be made until things get better (when?), and yet are also fed the message that an expensive college education “is the new high school diploma.” This is an absurd situation. Quality education and a good job upon graduation should be a right for everyone. Access to higher education should be guaranteed to all those who want to attend—without fees or tuition! There is more than enough money in society to pay for this. For example, the $121.1 billion spent on the Iraq and Afghanistan wars in 2012 alone—never mind the full costs of these wars or the rest of the military budget—could provide scholarships to 15.4 million students!

But this will simply not happen under capitalism. Even during the greatest period of growth in capitalism’s history—the post-World War II boom—access to quality education was not guaranteed, or even fully funded by the government. Only socialism can create the conditions whereby education can serve as a source of personal and collective improvement, and not merely as another source of financial strain for workers and youth, and a source of profits for the capitalists.