Our tendency did not think the euro could even be founded, because of the impossibility of uniting economies headed in different directions. But for a while they in fact got away with this, due to the prolonged capitalist boom. In a 1997 document, “A Socialist Alternative to the European Union”, we pointed out that the euro would collapse “amidst mutual recriminations.” This scenario is now beginning to unfold before our eyes. [part 1]

We begin today the publication of the IMT’s analysis of the world situation. This is a draft document that is the basis of discussion within the Tendency and will be voted on with possible amendments at this year’s world congress of the IMT. Part One deals with the general crisis of world capitalism, to be followed by an analysis of specific areas of the world.

The situation is moving at lightning speed on a world scale. After the Arab Revolution, events followed in quick succession: the movement of the indignados in Spain; the wave of strikes and demonstrations in Greece; the riots in Britain; the movement in Wisconsin and the Occupy movement in the U.S.; the overthrow of Gaddafi; the fall of Papandreou and Berlusconi; all these are symptoms of the present epoch.

Once again Israeli and American imperialism are sabre rattling in the Middle East. This time Iran is the target. Over the course of the last ten years one sanction after another has been placed on Iran in order to pressure it to abort its nuclear programme. 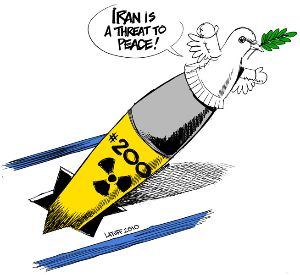 In the course of the last couple of years the imperialists have upped the stakes in the conflict over Iran’s nuclear programme. Israeli Prime Minister Benjamin Netanyahu has called Iran “an existential threat” to Israel and has said that the Israeli regime would do whatever it takes to stop the Iranian nuclear programme.

Since last year four Iranian nuclear scientists have been assassinated, most likely through Mossad and CIA covert operations. At the same time the sanctions against Iran have been tightened, severely deepening the crisis in the Iranian economy. The latest major actions by the West have been the introduction of sanctions on Iran’s banking and oil sector. When the oil sanctions begin to bite, after being implemented at the beginning of February, the results will be catastrophic for the Iranian economy. Oil is the main source of income for Iran. Industry, services and agriculture are fully dependent on this sector. A collapse in income from oil could lead to major dislocation for Iran and especially for the Iranian people.

Read more: Iran and the threat of war: What should our attitude be?

It is not ruled out that if the democratic facade of imperialism creates a crisis that threatens to unravel the economic system, the imperialist bosses would not hesitate to revert back to military dictatorship.