It is very important that workers' activists in Nigeria study the developing events in Europe and Greece in particular.

The electoral results of the Greek Communist Party (KKE) reveal objectively a serious political failure. Its result of 8.48% (26 MPs) is an increase of its electoral strength by a mere 0.94%, in a situation where hundreds of thousands of workers and youth were moving to the left. While SYRIZA won 800,000 votes, the Communist Party won only 18,823 votes.

The reason for this disappointing result is due to the persistent refusal of the party leadership to offer the prospect of a visible solution of power, an alternative government, to the masses. They did all this with the excuse of the "immaturity of the conditions" and the “need for a strong opposition”.

The KKE leadership has used all kinds of tricks in their attempt to separate government and authority, identifying any left government with the authority of capital. Rather than accepting SYRIZA’s call for unity and combining this with the presentation of the correct revolutionary programme that a left government should implement – thus behaving as the supposedly "orthodox" communists they claim to be – they refused even to enter into discussions on such unity. Instead they referred to an abstract "people's power" to be established at some unknown moment in the future. 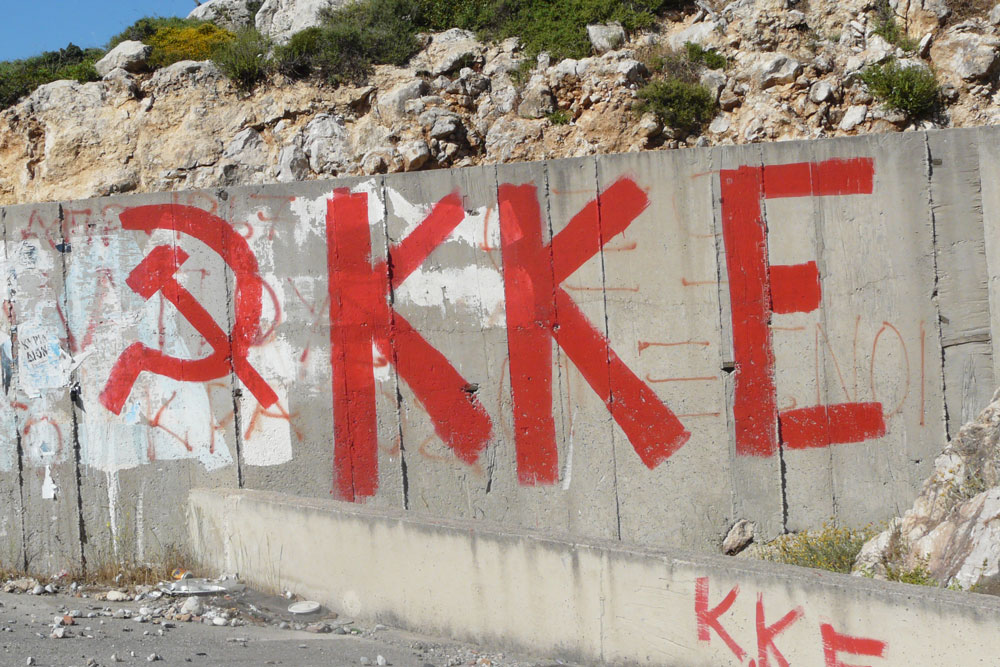 The working masses thus had to choose in the elections between two kinds of Left. There was the Communist Party, who presented all struggles for a left government in this parliament as outdated and pointless. And there was SYRIZA, that with the slogan for a left government offered a real concrete perspective of an alternative government – albeit with an unclear, contradictory and insufficient programme.

Faced with this choice, the masses eventually, instead of passivity and fatalism, preferred political hope. Thus the tactics of the Communist Party leadership in practice proved to be the greatest obstacle to the development of the electoral strength of the party.

The electoral results showed that if there had been a Communist Party-SYRIZA electoral alliance, the formation of a coalition government of the Left would have been entirely possible. And if we consider that such an alliance would have attracted far more votes than simply the sume of the wto parties standing separately.

The sectarian approach of the leadership of the Communist Party towards the call for a government of the Left had three devastating consequences. Because of this, a historic opportunity for a government that could uproot capitalism has been missed. It has disappointed the base of the Communist Party and has prevented any further increase of the influence of the party among the wider masses. It also has given an excuse to the SYRIZA leadership to seek allies in the right-wing Democratic Left or, even in despair, in the direction of the Independent Greeks, fundamentally altering the revolutionary characteristics of a left government.

The poor results of the Communist Party are a further strong confirmation of the urgent need for policy change. The rank and file activists of the party and the Communist Youth should demand that the party return to the road of genuine Leninism, that it put forward the demand for a workers’ government, a government of the Left on a socialist programme, following the tactic of the United Workers’ Front.