When watching Comic Relief or any other sort of international aid fundraiser, viewers are often startled with images of starving children, and an attempt is made to portray the African continent as a complete humanitarian disaster, composed of destitute countries that are plagued by famine, drought, disease, corruption, and civil war. Whilst it is true that natural disasters and adverse conditions have hindered the development of many African countries, these media sources do not attempt to address why the continent is prone to civil war and corruption and no effort is made to explain the root cause of the problem: imperialism. 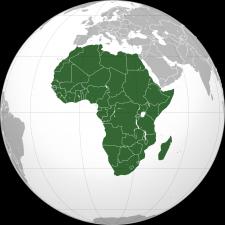 Firstly, it should be clarified that Africa is, of course, not a single, homogenous society and that each country has its own rich history, full of achievement, tradition and culture. However, the influence of imperialism is something that runs across the entire continent (and across the entire ‘developing world’), and should be examined at a larger scale than that of an individual country.

Secondly, it is necessary to define what we, as Marxists, mean by the term ‘imperialism’. Lenin, the great Russian revolutionary, defined imperialism as ‘the highest stage of capitalism’, and demonstrated (in his pamphlet of the same name) that the exploitation of the colonial countries by the various empires of Europe was due to the search for greater profits: “The need to export capital arises from the fact that in a few countries capitalism has become ‘overripe’ and capital cannot find a field for ‘profitable’ investment”.

During the 19th Century, the empires of Britain, Germany, France, Belgium, Portugal, and Italy, in their search for raw materials, cheap labour, and new markets, divided the continent of Africa amongst themselves – and then re-divided it in many cases after the First World War. Administrative areas were created, which later formed the basis for the African nations we know today. In most instances, these boundaries were completely artificial, and resulted in dividing previously peaceful, co-habiting tribes, which were later set against each other; for example, the Hutu and Tutsi tribes in Rwanda. Lenin, writing in 1916, during WWI (and one year before the Russian Revolution of 1917), pointed out that this process of division was a necessary result of capitalism, commenting that “The capitalists divide the world, not out of any particular malice, but because the degree of concentration which has been reached forced them to adopt this method in order to obtain profits”.

During the late 1950’s and early 60’s, a wave of revolts and uprisings in many African countries led the imperialist nation-states to conclude that their ‘traditional’ means of oppression were no longer possible. As Ted Grant, the famous Marxist theoretician remarked in his article on ‘The Colonial Revolution’, “The imperialists were forced to abandon the old method of direct military domination in Asia, Africa, and Latin America. Economic domination with nominally independent states became the norm”.

‘Independent’ Africa soon became a new stage for the theatre of the Cold War. Dictators, such as Mobutu in Congo, who replaced the assassinated independence leader Patrice Lumumba, were heavily backed by the USA, whilst nations that espoused socialism, such as those of Mengistu in Ethiopia and Nyerere in Tanzania, were backed by Stalinist regimes, such as the Soviet Union and the Chinese Communist Party respectively. Although some progressive measures were undertaken in these countries, such as the nationalisation of industry and banks, these African countries never had any chance of being healthy socialist societies. This was due to two main factors: firstly, these independent countries that sought to walk the path of socialism were isolated in an otherwise capitalist world market. No country can remain an economic island, and at the time the only potential allies were the deformed workers’ states of Russia, China, and Cuba. As Ted Grant explained: “The degeneration of the Russian revolution…has meant in its turn that the revolution in the colonial countries begins with nationally limited perspectives and with fundamental deformations from the very beginning”.

Secondly, these colonial revolutions were carried out primarily from above, and were mainly on behalf of the peasantry and the new middle-classes in these countries. However, as Leon Trotsky – the other great figure of the Russian Revolution in 1917 – pointed out in his theory of ‘The Permanent Revolution’:

“With regard to the colonial and semi-colonial countries…the tasks of achieving democracy and national emancipation is conceivable only through the dictatorship of the proletariat as the leader of the subjugated nation, above all of its peasant masses”.

Trotsky’s use of the phrase ‘dictatorship of the proletariat’ was not intended to imply a dictatorship in the way we normally think of it; rather, Trotsky meant that the working-class must be the leading force of any revolutionary movement, due to their unique relationship to production.

A variety of other “Pan-African” movements sprung up across the continent as a result of independence. In most cases, Western governments supported the nascent capitalist class in these countries, and turned them into new markets for commodities. This process was nothing new, and was observed by Lenin in 1916, who wrote that “Diverse forms of dependent countries, which politically are formally independent, but in fact are enmeshed in the net of financial and diplomatic dependence, are typical of this epoch”.

With the world economic crisis of 1974 and the later fall in commodity prices, many countries saw their economies shrink and their debts increase. The neo-liberal policies, represented by figures such as Thatcher in the UK and Reagan in the USA, resulted in the International Monetary Fund (IMF) and World Bank moving in and imposing their ‘Structural Adjustment Programmes’ upon these countries. These economic policies, far from benefiting the mass of people in these countries, were just another way of further liberalising the markets for the interests of multinational corporations. Powerful big businesses, with the protection of the World Trade Organisation (WTO) would use tricks such as ‘dumping’ to dominate these new markets. Incidentally, ‘dumping’ is not a modern trick, and was commented on by Lenin almost 100 years ago, who said that:

“the cartels and finance capital have a system peculiar to themselves, that of ‘exporting goods at cut-rate prices’, or ‘dumping’ as the English call it: within a given country the cartel sells its goods at high monopoly prices, but sells them abroad at a much lower price to undercut the competitor, to enlarge its own production to the utmost”.

At a time when only a couple of advanced industrial nations existed, Marx predicted the idea of globalisation and the spread of capitalism across the planet. In the Communist Manifesto, Marx and Engels wrote that, “The need of a constantly expanding market for its products chases the bourgeoisie over the entire surface of the globe. It must nestle everywhere, settle everywhere, establish connexions everywhere.”

As a result of the imperialist ventures of European countries in the 19th and 20th centuries, along with the expanded influence of American imperialism over the past 100 years, most of the world has already been carved up. Rising powers such as China, therefore, are seeking to make deals with less-respected figures in Africa, like al-Bashir of Sudan, in order to gain access to new resources and markets. One example of this modern-day imperialism are the ‘land-grabs’ undertaken by the Chinese government and Middle Eastern states, such as Saudi Arabia, in which huge swathes of land in African countries are bought and then used to grow crops for export back to the land purchaser. These deals are similar to those seen in the ‘bananas republics’ that the USA backed throughout the 20th century, whereby Latin American countries, ruled by servile dictatorships, had economies that were dominated by foreign-owned fruit plantations. The Economist, in an article on this modern trend, stated that:

“Countries that export capital but import food are outsourcing farm production to countries that need capital but have land to spare. Instead of buying food on world markets, governments and politically influential companies buy or lease farmland abroad, grow the crops there and ship them back...

“What is unquestionable is that the projects are large, risky and controversial. In Madagascar they contributed to the overthrow of a government...

“But several things about the current fashion are new. One is its scale. A big land deal used to be around 100,000 hectares (240,000 acres). Now the largest ones are many times that. In Sudan alone, South Korea has signed deals for 690,000 hectares, the United Arab Emirates (UAE) for 400,000 hectares and Egypt has secured a similar deal to grow wheat...

“It is not just Gulf states that are buying up farms. China secured the right to grow palm oil for bio-fuel on 2.8m hectares of Congo, which would be the world’s largest palm-oil plantation.”

In modern times, many people have looked to international aid, NGOs, and campaigns such as ‘Make Poverty History’ in order to alleviate poverty in Africa. This approach of trying to throw money at the problem has repeatedly been shown to fail, as it does not address the cause of the inequalities; nor does it recognise that institutions like the IMF and the WTO, far from helping to benefit the mass of people, are in fact tools of imperialism and capitalism.

Should we, therefore, just give up and despair at the continued suffering that we are shown on the television? No – we should not! The solution lies in supporting the powerful movements of the working class in Africa, in countries such as South Africa, Nigeria, and Egypt. The working class in these countries is a significant force that, in recent times, has shown its strength on a number of occasions through strikes and protests. A successful revolution in any one of these countries would send a powerful political tremor across the rest of the continent, and would become a beacon of hope for the oppressed masses in all of Africa.