The US military bases in Colombia

After the shock which the coup in Honduras represented for the masses, the signing in July of an agreement between the USA and the Colombian government allowing the former to use military bases in Colombia, has provoked a new social earthquake across Latin America. According to military experts, the most important of the seven bases that the US military is now allowed to use is Palanquero, which will allow them to retain full control over the Pacific coastline. The American government has invested 46 million US dollars in Palanquero alone.

The reaction of Chávez was swift. All diplomatic relations have been broken with Colombia and so has all commercial exchange between the two countries. Ecuador and Bolivia have also firmly opposed the Colombian-US agreement. Indeed Colombian president Álvaro Uribe found himself completely isolated at the recent UNASUR encounter in Bariloche, Argentina, where one left-wing president after another ‑ at least in words ‑ rejected the agreement.

The aim of the military bases is clearly not to “counter drug-trafficking”, but rather to keep any revolutionary movement in Colombia and other Latin American countries in check. Over ten years Colombia has increased its military budget from 2.5% of GDP to 5%. In fact, Colombia is now the country that spends most on its military budget as a percentage of GDP, only exceeded by Israel and Burundi. This new agreement with Colombia was reached after the contract for the US military base in Manta, Ecuador, expired and was not renewed by president Correa.

Despite Obama’s smiles and the apparent new line of dialogue with the Latin American presidents, no one should have any illusions. The US remains an imperialist power and needs to strengthen and reassert its presence in the region, which it considers as part of its spheres of influence. As a representative of US imperialism, Obama is obliged to defend US interests in Latin America. The sharpening of the class struggle and the spreading of revolutionary movements across the whole of Latin America is putting the US imperialists in a position whereby they must find a way of curbing the process. That is what this new treaty with Colombia represents.

While Venezuela enjoyed significant rates of growth in the period 2004-2007, the latest figures clearly demonstrate that the country's economy has now definitely been hit by the effects of the world crisis. In the second quarter of 2009, GDP fell by 2.4%. The figure for the first quarter was a minimal growth of 0.5%.

In the second quarter of 2009, Venezuelan GDP fell by 2.4%.
Part of the reason for this is the lack of private investment in industry and manufacturing. According to the Central Bank of Venezuela, private economic activity dropped by 4% in the second quarter of this year. A recent study revealed that the Venezuelan bourgeoisie has closed 4,000 large or medium-sized enterprises during the last ten years.

One should also add to this the huge fall in state income from oil production. In the second quarter of 2008 the state earned US$28.597 million from oil production compared to only US$13.576 million in the same period of 2009. This represents a drop of 51.9%. This is particularly bad in a country where income from oil exports accounts for 30% of GDP and for 50% of the state budget. World market prices of other raw materials that Venezuela exports, such as aluminium and iron, have also fallen. 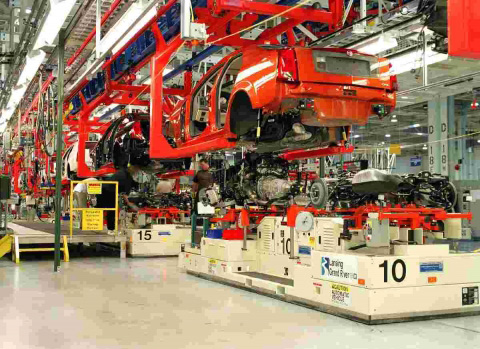 Together with other Latin American countries, Venezuela has also been hit by the effects of the overall fall in FDI (Foreign Direct Investment). Already in 2008, in the period January to October, FDI fell by 18% compared to the same period in 2007. All these factors have contributed to worsening the situation the Venezuelan economy finds itself in.

Representatives of the reformist wing within the Venezuelan government, such as Alí Rodríguez, Minister of Finance, hope that oil prices will recover quickly and thus provide some new oxygen for the Venezuelan economy. However, although in the past couple of months we have witnessed a small recovery in the economy, it is not at all guaranteed that this will continue in the next few months. Actually OPEC is predicting a fall in total demand for oil in 2009 compared to 2008.

Whatever the immediate prospects are, any possible slight recovery of oil income cannot make up for the serious problems that the Venezuelan economy is facing; such as the strike of capital, sabotage, speculation and hoarding, on the part of the bourgeoisie. To the normal effects of the economic cycle, in Venezuela we need to add three other factors which are affecting the economy. One is the fact that there is a revolution unfolding and the ruling class does not feel confident to invest. The second is the conscious campaign of economic sabotage on the part of the oligarchy. And finally, the fact that all the attempts on the part of the reformists to regulate the market economy only serve to create further economic dislocation.

The crisis has already had direct consequences on the situation being faced by the Venezuelan working class. Recently General Motors, which supplies Venezuela with 40% of all its vehicles, closed all its production plants for three months and with the effect that thousands of workers were temporarily laid off. In Barcelona, we witnessed the illegal, and politically motivated, bosses’ lockout at Mitsubishi which put more than 1.400 jobs in danger. The lockout, whose aim was clearly the smashing of the revolutionary trade union the workers had organised, was defeated by the decisive and militant action of the workers. Similar events could unfold in factories across Venezuela and thus bring about new explosions in the class struggle. Already the unemployment figures show a rise from 7.8% in June to 8.5% in July.

PSUV and the setting up of workers' patrols

In the Socialist Party, PSUV, significant events have taken place over the last few months. Chávez has given the go ahead for the setting up of “patrols”, a new type of party branch that will allow a greater participation of the rank and file. Around two million people have registered to be active in the patrols. Even more significantly, Chávez has advocated the creation of “workers' patrols”, i.e. PSUV party branches to be set up inside the factories. Workers in many factories have taken up this call. In factories such as Mitsubishi, Vivex, Inveval and SIDOR, PSUV branches have been set up with significant numbers of workers participating.

The national congress of the party was scheduled for this coming October, but will most likely be postponed by the leadership to November or December. Whatever the date will be, the party congress – which is supposed to coincide with a congress of the PSUV Youth – will be the scene of new and probably quite harsh clashes between the right and the left, between revolution and reformism. With the setting up of numerous party branches in the factories, it is possible that the working class will exercise a much more decisive influence within the party and this can be very dangerous from the point of view of the bureaucracy. The scene is set for new critical debates within the PSUV.

After various attempts at open counter-revolution, the right-wing (or at least the most decisive sectors) seems to have adopted different tactics. What they are now aiming at is more akin to the tactics adopted by the counter-revolution in Nicaragua in the 1980s. Their aim is to slowly but surely undermine the social conquests of the revolution, intensify economic sabotage and thus undermine the revolutionary morale of the masses.

In the recent demonstrations against the LOE (New Education Law) there were indications that there has been some growth in the Opposition's forces. Although the Bolivarian masses achieved bigger turnouts in their pro-LOE demonstrations, we cannot underestimate the fact that the Opposition this time was able to mobilize significant numbers.

In December 2005 they made a big mistake by boycotting the elections to the National Assembly. Thus they were left without a single MP. Only with the betrayal of PODEMOS (a social-democratic party that used to support Chavez but jumped ship to join the Opposition in 2007) were they able to obtain a small parliamentary representation. But this time they will certainly not make the same mistake. Through their slow but painstaking work they will probably be able to present a serious threat in the upcoming February elections to the National Assembly.

Their goal is clear: to win a significant number of MPs and use them in their ongoing campaign of pointing the finger at the deficiencies of the government, bureaucratic mismanagement, food scarcity, etc. In this manner they wish to build up of a mood of opposition against the government among the middle classes and one of apathy within the working class and among the poor. That is the kind of social environment they require to get rid of Chávez and strangle the revolution, be it by parliamentary or extra-parliamentary means.

The masses of workers and poor, who have defended the Venezuelan revolution time and again over the last 10 years, will not let the counter-revolution get on with these plans without a fight. But after 10 years of revolution and now with a worsening economic situation, many of Chávez's supporters are getting tired of the slow pace of the revolution, of the talk about socialism, but with no decisive action to back it up and with the lack of any real radical change.

The masses, beginning with the most advanced layers, are beginning to understand that the revolution cannot be carried to a successful end without destroying the source of the oligarchy's power, i.e. private ownership of the means of production. This idea is already being discussed by activists in the trade union movement, the PSUV and the PSUV-Youth. This is an important development. Life teaches, as the saying goes, and the experience of the Bolivarian revolution over the past decade is full of lessons. If the advanced layers within the movement were to adopt a genuine Marxist programme they would be able to win over the masses to such a programme. Only by such means will the success of the Socialist Revolution be assured in Venezuela. There is no middle way!