Really, the political and orchestrated sectarian violence have taken a new dimension. The multiple bombing incidences on 2010 Christmas-eve and others after in Jos, Plateau State (north-central Nigeria), Maiduguri, Borno (North Eastern Nigeria) and the New Year- eve incidence in the Mogadishu Army Barracks in Abuja, the Federal Capital City, are pointers of the fact that we are in a new age in Nigeria. The level and scope of violence in Nigeria is now comparable with the situation in Iraq, Somalia etc, where no one is sure of who will be the next victim of violent attack. Worse still these sectarian-imbued individuals are known to have been propped up by different political sections of the ruling class. 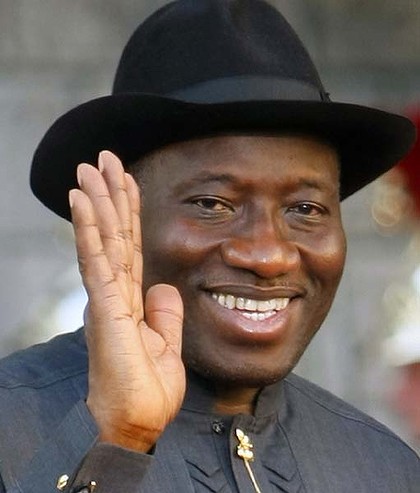 On the other hand, there have also been recorded state terror in the attack on the Ijaw communities of Ayakoromor Town, in Delta State, where they were terrorized by men of the Joint Tasks Force on security in the Niger Delta in their quest to dislodge a group of militants led by one John Togo, who had reneged on the so-called amnesty deal with Niger Delta militants and had gone back to the creek. Scores of ordinary people in communities were killed, maimed, with most of the houses reportedly burnt and destroyed. The clear lesson being passed here by the Jonathan regime is that not only can it bark; it can really bite big in his desire to show and convince the local ruling class and imperialism that it can go to any length to defend their right to limitless oil exploration and the attendant merciless environmental pollution/destruction of the Niger Delta.

In the same vein, political parties’ primary campaigns and elections witnessed so much violence in the various states of the federation; the situation with the general elections come April are better imagined. In Bayelsa State, one of the states in the oil-rich Niger Delta, bombs were routinely ignited in campaign rallies and in public cum private abodes just like in a war situation. Similar events were recorded in the southwest Oyo State where violence during the local government primaries led to the death of at least three individuals in one local government alone, the death of a local warlord and factional head of the state branch of the National Union of Road Transport Worker was among those that died on spot. The scenarios across the country appear to be in the same order. In another related development, in Bornu state, the Governorship Candidate of the state ruling party for the April poll was shot in cold blood in a broad daylight on Friday 28-1-2011 after the Muslim Jumat service on the street of Maiduguri.

The above picture in the sociopolitical setting of the country is occurring against the background of a crumbled manufacturing sector of the country which once contributed some 14% to the nation’s Gross Domestic Product (GDP) but is now noted to be contributing less than 1% of the nation’s GDP. In the same vein, the sector is presently operating far below average in capacity utilization. This is not surprising since factories and other work places are getting closed and retrenching workers regularly.

In the education setting, over 70% of the young ones who sat for entrance examination to the higher institutions could not get placement, not so much because they failed the examinations but because the spaces available are grossly inadequate. On the other hand, for those who are lucky to have placements, the scenario in the campuses are most appalling with recurrent and astronomical increment in school fees, dearth of infrastructures and low morale of the workers in the institutions due to lack of necessary facilities to work with and poor remuneration. This situation is well exemplified in Lagos State, where Government-owned higher institutions and in Ogun and all the South East states public-owned universities were closed for months due to the strike actions embarked by the workers in these institutions towards achieving their just demands for apt remuneration and improved facilities.

The situation in the health sector is a particularly embarrassing one. On a continual basis, thousands of Nigerians continue to die due to conditions that are clearly preventable. More than five thousand individuals died in the later part of last year due to cholera infections, a disease condition that is highly preventable with provision of portable water, which unfortunately in Nigeria is a luxury for more than 80% of the population. In the same vein, according to statistics from the World Health Organization (WHO) 800 out of 100,000 Nigerian women died yearly due to pregnancy related causes - this is more than twice the world average and 50 times more than the average for European countries. Similarly, 1 out of 6 children born in Nigeria are likely to die before they reach the age of five due to poor healthcare. The causes of most of these deaths in the aforementioned women and children groups are largely preventable if the facilities and trained personnel are put in place.

Road and mass transportation infrastructures have also mostly collapsed in the country. Traveling short and long distances alike have simply become a tormenting cause of concern for road users and incidentally, alternative mass transportation systems like the Railway and Inland waterways have lain comatose in most areas.

Another high point in socioeconomic crisis in the country is the lack of electricity and other energy concern. In spite of the assurances of regular power supply and the multiple billions of dollars expended on electricity by the various governments in the saddle from Obasanjo-Atiku to Yar’adua-Jonathan regimes from 1999 to date, electricity supply to factories and various homes across the country remain epileptic with no serious sign of improvement in the coming period. Incidentally, the panacea of privatization of PHCN vigorously being put forward by Goodluck Jonathan regime is actually a recipe for crisis that will come with recurrent increase in electricity tariffs and certainly more darkness for most ordinary Nigerian residents.

The above context represents the fundamental background upon which the present sociopolitical crisis in Nigeria is best understood. It gives an insight into understanding why thousands of ready-made youth are willing tools in the arsenal of the Boko-Haram Islamic fundamentalist sect behind the violent attacks perpetuated in Maiduguri, Bauchi and environs; ditto for the ever-ready hands available for recruitment into the various agitated sectarian groups in Jos. This context also gives explanation for the resurgent hostilities in the Niger Delta in spite of the multiple billions of Naira earmarked to bribe the so called Niger Delta militants who turned in their arms. `

Taking the above in, one thing that is obvious is that the various sections of the ruling class are confused on the way forward as seen from the various policies being propounded them. Their propounded policies have no solution in sights to the plights of the ordinary people and have not bettered the lots of mass majority of Nigerians these past years.

The tragedy of the moment meanwhile lie in the fact that a striking example, that stands out for the larger interest of workers and ordinary people in the country, is clearly lacking among the lots of aspirants lined up for the coming general elections slated for April this year. All the main capitalist political parties – PDP, ANPP, ACN, CPC etc are putting forward programmes and manifestoes that will not solve the crisis from the viewpoint of the ordinary people. They only see solution to the crises from the angle of initiating projects that will make the rich richer to the detriment of the working class and the poor masses.

Unfortunately, Labour Party, the political party formed and registered by the NLC, that would have played the expected historical role of leading the country out of the present sociopolitical logjam in the interest of the masses is yet to be seen in that capacity. In spite of its pro-masses and socialism-professed manifesto, the party is not taking the necessary initiatives geared towards a meaningful change in the political setting in the country in the interest of the workers and the poor masses. Active mobilization of the rank of the working class to enter en-mass and defend the principled tenets of the Labour Party had been largely lacking on the part of the leadership of the NLC and the TUC.

Since nature abhors a vacuum, this has largely created a situation where the LP has become a sanctuary (electoral platform) for bourgeois politicians who lost out in their traditional political platforms of the ruling class. The situation would have been different if the leadership of the Labour movement had identified openly with the party and actively mobilized the numerous members of the trade unions etc to enter the Party.

However, regardless of who emerges among the various aspirants to the office of the President and other elective posts, one thing that is certain is that there is no solution to the Nigerian crisis based on the enumerated programme of privatization of public enterprises, commercialization of education, increase in utility tariffs, road taxes etc widely put forward by the various political aspirants. The only solution lies in organizing the Nigerian working class and the other poor strata towards deepening such a political platform like the Labour Party, formed by organized Labour, with a clear programme of action that proffers socialist solution to the present crisis.

The cornerstone of such programme remains the nationalisation of the commanding heights of the economy and managing the produced wealth under the democratic management and control of the workers and poor masses. Thus guaranteeing the larger interest and satisfying the needs of the majority suffering masses.